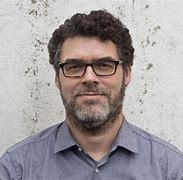 Thorsten Wagener is the Alexander von Humboldt Professor for the Analysis of Hydrologic Systems at the University of Potsdam in Germany. He studies hydrologic systems from catchment to global scales using mathematical models ranging from purely empirical to physically based. He has made significant contributions to topics including catchment classification, predictions in ungauged basins and the evaluation of environmental models. His methods and tools for quantifying and attributing uncertainty in environmental modelling are widely used (www.safetoolbox.info).

He has been recognized for his contributions through awards including a Friedrich Wilhelm Bessel Research Award of the Alexander von Humboldt Foundation, a Royal Society Wolfson Research Merit Award, and a Walter L. Huber Engineering Research Prize of the American Society of Civil Engineers. Thorsten Wagener is currently an Associate Editor of the journals Water Resources Research and Hydrological Processes.